Audio and Video files require the correct filters,and codecs installed on the computer for playback.If you are also trying the backup your DVD or converting a video for playback on mobile devices like iPad, iPhone etc., you need the exact codec installed on your machine for proper conversion.

Sometimes to be able to preview media files the codec required to play the files need to be available on the system, Here’s are 2 codec packs 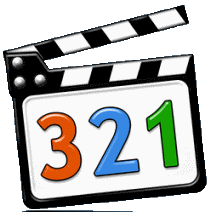 Note : Both the Packs cannot be installed at the same time, as that could lead the incompatibility of audio and video codecs and filters.