DiskInternals Linux Reader makes it possible under Windows OS to access Linux (Ext2/Ext3) File systems and extract files from there.It give only read-only access to files on the Linux partition, keeping the data on the Linux intact, so that nothing breaks because of the file access from Windows.All files are visible ignoring file security policies present under Linux.

Files on the Linux partition can be accessed from a Windows Explorer window, and preview of images on the ext2/ext3 partitions can also be see in the explorer window. 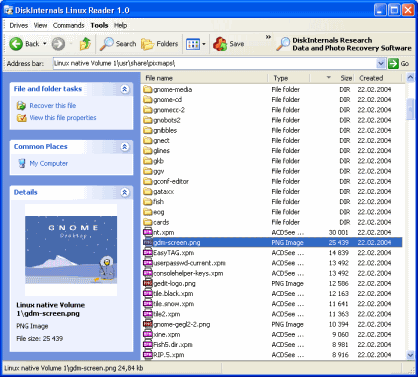