nVidia Graphic Cards are the most popular among gamers and avid try to squeeze the last bit of performance using the highest possible settings and tuning, but this is not everyone’s piece of work, and requires knowledge of all the settings and technical know how of what to adjust.

If you are a novice gamer, and what to have the full performance of your nVidia Graphic Card, without much worry then try out nHancer, a free tool that shows the whole range of settings to optimize for the display of games and also of professional applications for nVidia Graphic Cards.It can also improve the performance and to resolve rendering errors. 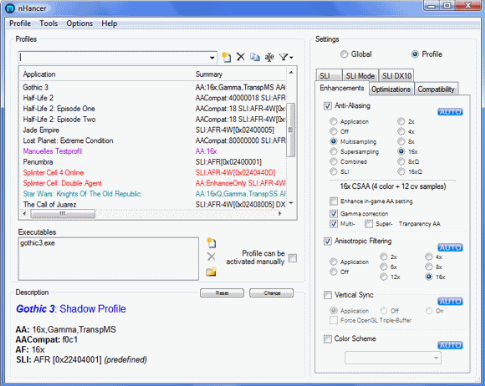 Check out the complete Manual, for understanding all settings.