Cropper is free screen capture utility written in C#, the main difference being it’s usability, It does not require a selection of the region from the screen of which you want a screenshot, but just resize the overlaying window and double click and you have your screen shot.

To take a screenshot, just double click on the capture window or press “Print Screen” on your keyboard. 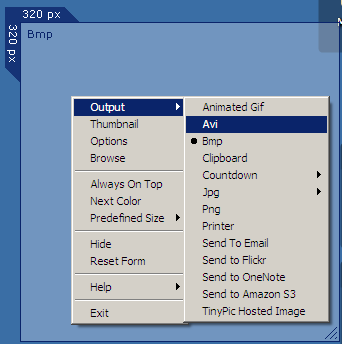 It also has plugin support for extending its features, with plug-ins like