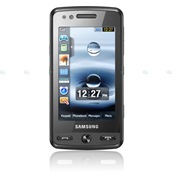 Pixon.The phone will available in October in France first and later in European and Asian countries.This phone would definitely attract who want to have both a Good Camera Phone  which would completely replace an

extra camera, in the same form factor of a mobile phone.

Audio and Video and Camera Features :