USB Disk Ejector is an easy to use software and makes ejecting USB Devices easier and faster.program the tools enables USB devices to be quickly ejected through a mouse click or keyboard press. It’s especially useful when dealing with multiple USB devices and for Windows users who don’t want the ‘Its now safe to remove this device’ dialog box to appear’.

It works in both GUI and also in Command prompt.The command line options let you 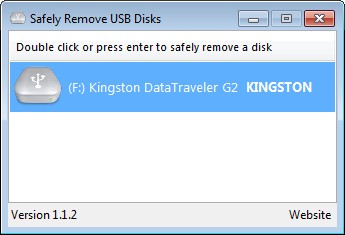 Similar Post  How To Run A Webserver Of A CD