Every OS has its distinct features like the Aero Effects in Windows Vista, Super Bar in Windows 7, Mac OS has the dock, Linux Open Source etc., some features like the Icon Dock in Mac OS are very user friendly and there are quite a few free software that mimic the same functions for other OS. 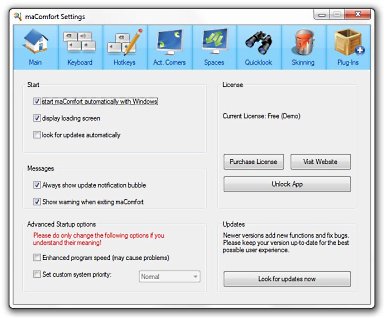 OS.maComfort starts automatically with Windows and runs in the background right from the Windows Startup. Here’s the list of all Mac OS features that maComfort brings to Windows

Incase you want only a few features of Mac OS, then you can try these apps which mimic the features in Mac OS in Windows OS –

The user interface can also be customized using the Themes.

maComfort is compatible with Windows OS.